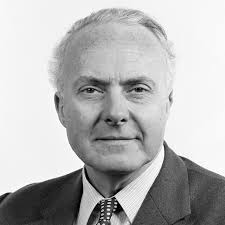 He assumed the name of Rhys-Williams in lieu of Williams in 1938, and succeeded to the baronetcy and inherited Miskin Manor on his father’s death in 1955. He was educated at Eton and at Bolton Technical College, and served in the Welsh Guards, 1946-48, where he became a lieutenant.

He stood unsuccessfully as the Conservative candidate for Pontypridd in the general election of 1959 and in the Ebbw Vale by-election of 1960 held on the death of Aneurin Bevan.. He then represented Kensington South, March 1968-February 1974, and Kensington and Chelsea from February 1974 until his premature death in 1988 aged sixty.

He married in 1961 and had one son and two daughters. They lived in London and at Gadairwen, Groes Faen. He died on 18 May 1988, after a long battle against leukaemia. He was buried at St David’s Church, Groesfaen.

More information can be found here and at Biography Wales here